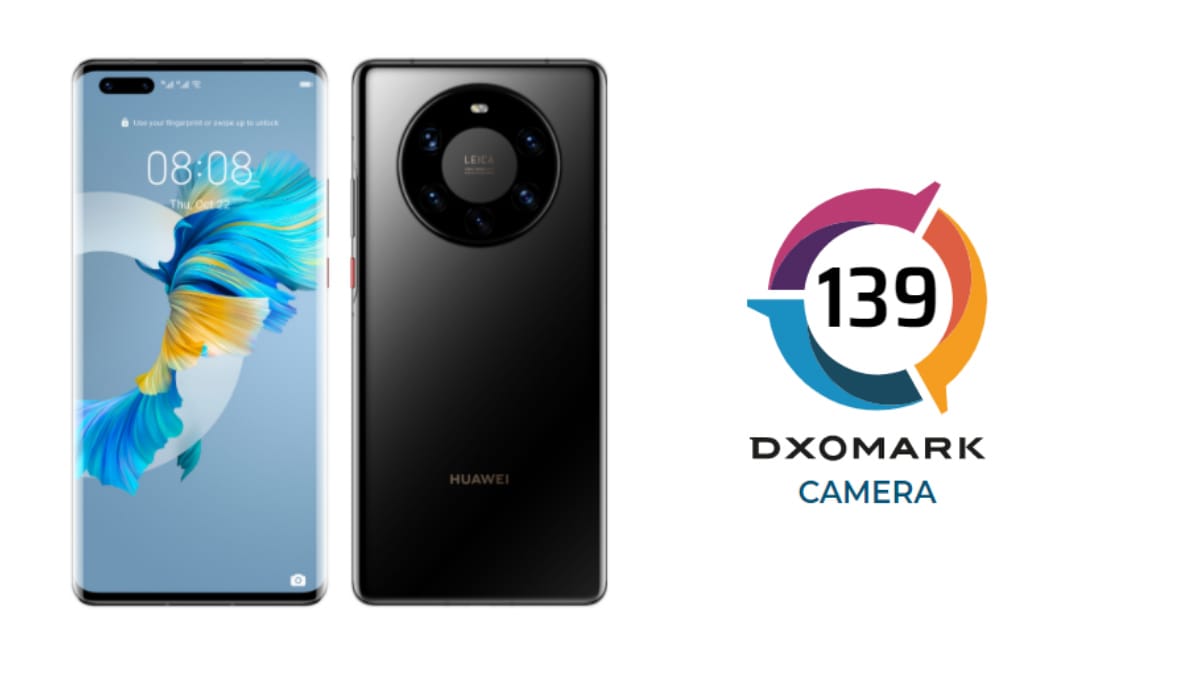 Huawei Mate 40 Pro+ has been rewarded 139 points -- highest by DxOMark in its smartphone camera testing. It gets the highest photo score of 144, as well as scores 98 points in zoom and 115 in video categories taking second places in the latter two. The smartphone features a 50-megapixel wide-angle primary sensor with an f/1.9 lens, a 20-megapixel sensor with an ultra-wide-angle f/1.8 lens, a 12-megapixel third sensor with an f/3.4 telephoto lens. There is also an 8-megapixel SuperZoom camera with 10x optical zoom and f/4.4 aperture, and a 3D depth sensing camera.

As per the Huawei Mate 40 Pro+ smartphone camera review by DxOMark, the handset by the Chinese tech giant is “King of camera”. It scores an overall 139 points in the review, which is the highest score ever achieved by a smartphone camera. It is ahead of the Huawei Mate 40 Pro (136), Xiaomi Mi 10 Ultra (133), Huawei P40 Pro (132), and iPhone 12 Pro Max (130). The benchmarking website hasn\'t revealed the selfie camera score yet, but says that the phone has the highest photo score of 144. The Mate 40 Pro had received 140 photo score in comparison.

As per DxOMark, the Huawei Mate 40 Pro+ has an accurate exposure, and a wide dynamic range that captures good highlight and shadow detail, the review says. Some exposure instabilities were noticed when shooting under indoor lighting. “Auto white balance systems deliver pleasantly neutral results. Only in some portrait shots did our testers notice a slightly unnatural rendering of skin textures,” the review reads.

The platform says that the fast and consistent autofocus offered by the Huawei Mate 40 Pro+ helps with sharpness, a few autofocus failures were noticed when shooting close to the subject. The smartphone camera is dubbed “outstanding” for night shots by DxOMark, and achieves the highest score in this category to date.

In terms of both zoom and video, the Huawei Mate 40 Pro+ takes the second spot. It gets 98 points in zoom, and sits behind Xiaomi Mi 10 Ultra even though it has a double telephoto configuration. The phone delivers consistent results across the tele range, and offers good details on tele shots, the DxOMark review reads.

When it comes to videos, the Huawei Mate 40 Pro+ scores 115 points taking a second spot by just one point behind the Huawei Mate $40 Pro. The footage shot on Mate 40 Pro+ shows good exposure, neutral white balance, and a good texture/noise balance when recording in bright outdoor light or under indoor conditions, as per the reviewers. The phone was launched in October and the full camera review of the phone can be read on the DxOMark website.

iPhone 12 Pro Series Is Amazing, but Why Is It So Expensive in India? We discussed this on Orbital, our weekly technology podcast, which you can subscribe to via Apple Podcasts, Google Podcasts, or RSS, download the episode, or just hit the play button below.