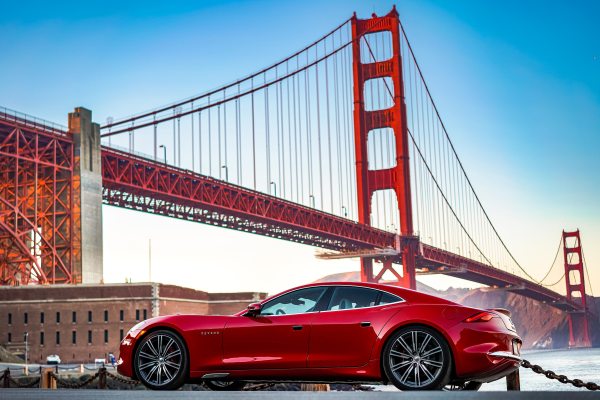 Karma Automotive has raised a $100 million lifeline from outside investors, as reported by Bloomberg, with the struggling electric vehicle maker’s fortunes likely buoyed by the current market optimism on other EV companies including Tesla. Karma is the reincarnated version of Fisker Automotive, which previously faced bankruptcy before being acquired by Wanxiang Group in 2014.

Karma Automotive has made more progress than Fisker ever did, including actually delivering around 500 of its inaugural Revero electric sport sedan in 2019. The company will be continuing to sell the Revero, which retails staring at around $140,000, and will also be looking to add a high horsepower GTE version, as well as a supercar for an even higher-tier customer.

The automaker also says that it’s in discussions with a partner for a commercial delivery truck, which it intends to develop in prototype form by year’s end. There are a number of different companies pursuing delivery vans for use by courier companies including UPS and FedEx, and the increase in e-commerce spending does present an opportunity for multiple players to succeed in this category, even as there is a rush on in terms of entrants.

Karma will also seek to leverage and extend the benefits of its fresh investment by shopping around its EV platform to other automakers and OEMs, the company says, and also will eventually expand beyond pure EVs to hybrid fuel vehicles. In short, it sounds like Karma is willing to try just about everything and anything to chart a path towards profitability, but time will tell if that’s intelligent opportunism, or scattershot desperation.