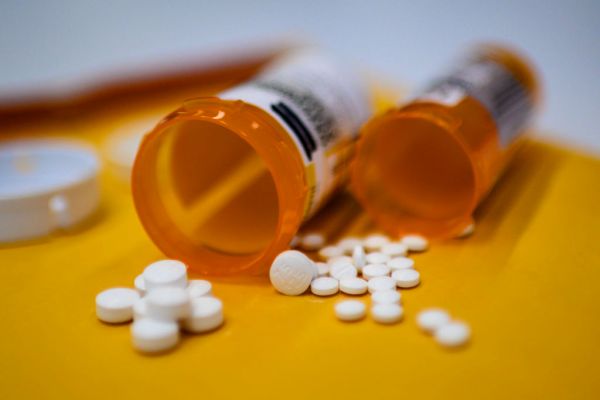 Adnan Asar, co-founder and CEO of Lucid Lane, started the company five years ago after watching his wife struggle to stop taking medication she was prescribed following an illness.

There are 40 million people prescribed opioids and benzodiazepines each year, many like Asar’s wife, after surgery or in conjunction with cancer treatment to address acute and chronic pain as well as co-occurring mental health challenges, he told TechCrunch.

However, though the medications work well, out of the number of people prescribed, about 15 million people will continue to use the medication after the prescription runs out. This leads to ballooning healthcare costs with the healthcare system spending $150 billion annually to take care of this population, Asar said.

Lucid Lane’s latest services are aimed toward avoidance of becoming a persistent medication user or addict. They include comprehensive medication taper management for those dependent on opioids, benzodiazepines, alcohol and nicotine, and a medication assisted treatment designed for patients diagnosed with opioid and alcohol substance disorders. The evidence-based treatments are available in more than 25 states.

Its technology utilizes web and mobile-based applications to provide remote patient monitoring and connection to dedicated therapists on a daily basis. A newly developed analytics engine collects health signals from patients to measure symptoms like anxiety, depression, pain levels and withdrawal effects so that the platform and therapists can personalize their treatments. If needed, the engine will connect patients instantly with an on-call counselor.

Over 90% of Lucid Lane patients who start medication tapering safely taper off, while members who are persistent opioid or benzodiazepine users tapered by 50% in six months after they started the process, which is better than Centers for Disease Control and Prevention guidelines, Asar said. Patients also reported improvements in pain, emotional well-being and quality of life.

The Series A funding comes one year after the Los Altos-based company secured $4 million in a seed round. Accel Partners led the Series A and was joined by Battery Ventures, AME Cloud Ventures, Morado Ventures and strategic angel investors. As part of the investment, Eric Wolford, venture partner at Accel, joined the Lucid Lane board of directors.

Asar wasn’t planning for the Series A until later this year, but as the healthcare world was changing around him, venture capital firms began knocking on his door asking when he was raising the next round.

“I met Eric through Battery Ventures, and we had tremendous alignment with passion and mission and it seemed a great fit,” Asar said.

Wolford said he recognized how big of a problem opioid addiction was, that it was a worthy cause, and the size of the market opportunity. “There is something beyond the returns that is compelling, the extent of the problem and the awareness that exists already,” he added.

He also felt that Asar and his team knew the healthcare system and how to introduce technology into it. He mentioned that the industry is complicated to interface with due the complex nature of payers, providers, patients and regulations from state to state. He said that Lucid Lane was embracing the system and working with it.

Wolford was also attracted to the personalized nature of the company’s approach and that it can become the standard of care, taking the pressure off of doctors who want to do right by their patients, but want to prescribe less medication so they don’t become dependent.

“It’s a pressure release value so doctors are appropriately prescribing drugs, are accommodating patients and also providing an intervention to avoid the bad that may start,” he added. “Personalization is what doesn’t exist in healthcare right now, and will help get a person to a state of wholeness and encouragement while also progressing them when they are ready.”

Indeed, things are moving quickly for Lucid Lane. As with the healthcare industry itself, the global pandemic helped adoption of the company’s telehealth platform surge as remote care became more mandatory than a discretionary feature. In addition, Asar said it would have normally taken two years for the company to get into Medicare, but with the government’s updated regulations around telehealth, Lucid Lane is now nationwide with Medicare.

The company has a team of more than 40 therapists across 30 states and will be using the new funding to drive its commercial growth, including building up its sales, business development and product development teams. In addition to a leadership team with experience across the technology spectrum, Lucid Lane also announced that Beau Norgeot, former Anthem clinical AI executive, is joining the company as its chief data officer.

The company is also engaged in peer-reviewed, evidence-based, clinical trials at academic institutions, including Stanford University, the United States Veteran Affairs System and The University of Texas Health System.

“We are the only company addressing the whole spectrum of dependent patients and addicted patients,” Asar said. “Doctors don’t have the time or capability to do this, so we work with them to set a goal for patients to improve their quality of life and reduce their pain.”