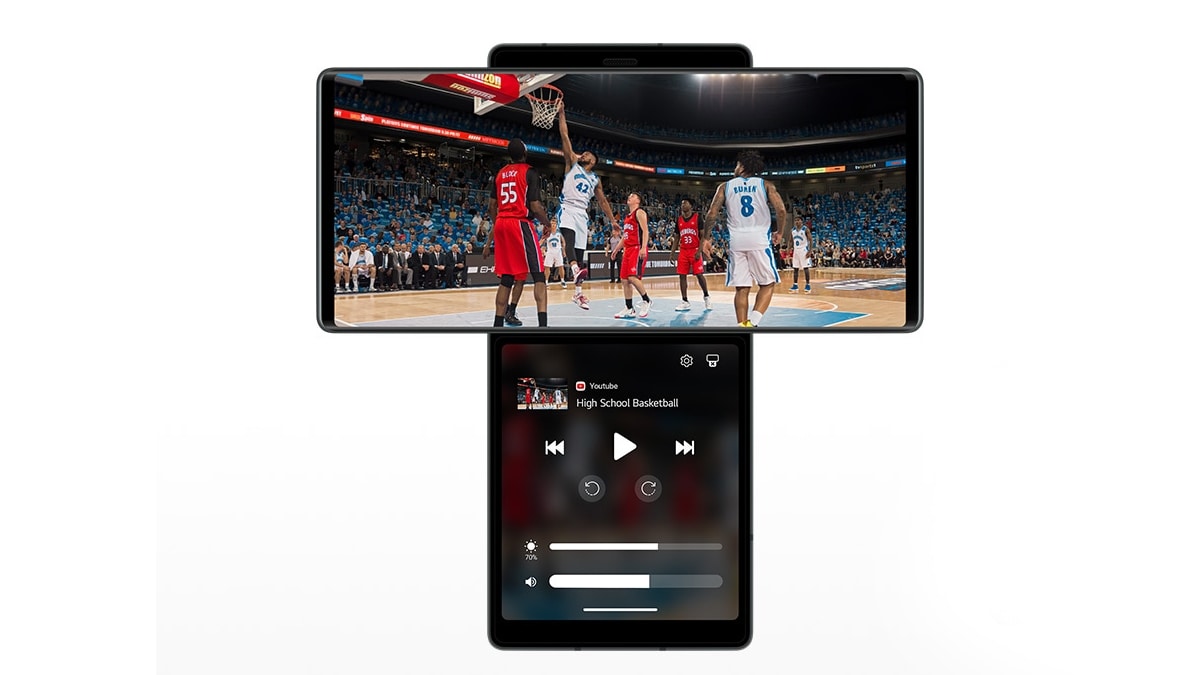 Xiaomi\'s new Mi 11 series has been making waves ever since it launched in India, and the Mi 11X gets added to this list, making it one of the most powerful smartphones under Rs. 30,000.

It\'s an exciting time to be buying a smartphone in this segment as premium features such as an IP rating for dust and water resistance have also started to trickle down. We\'ve reviewed many new phones that have launched since our last update but only a few have managed to make the cut.

Realme\'s spiritual successor to the X2 Pro, the X7 Pro 5G, has proven to be a strong offering so far. Samsung\'s new Galaxy A52 made a big splash with its IP67 rating and funky design. LG\'s quirky Wing smartphone had a massive price cut shortly after the company announced that it was bowing out of the smartphone game. Some of our older recommendations also still remain strong contenders in this space.

Here\'s a quick glance at the best phones you should consider if you have a budget of up to Rs. 30,000.

The Mi 11X is priced starting just under Rs. 30,000, and it\'s a very powerful smartphone thanks to the near-flagship-grade Qualcomm Snapdragon 870 SoC. We like the fact that the Mi 11X looks refreshingly plain, with no elaborate flourishes and no over-the-top branding unlike some of its competitors. General and gaming performance is great, and content looks very good on the 120Hz AMOLED display. Small touches such as the fast charging, IP rating, and stereo speakers add to the overall pleasant experience.

Of course, MIUI being MIUI, spam notifications are aplenty. We also noticed that the Mi 11X would get unusually hot when charging, and the camera quality on the whole was rather average, though its telemacro camera is capable of delivering some stunning shots. Ultimately, the Mi 11X is not the best all-rounder but it\'s definitely a strong contender especially if you\'re after a powerful gaming SoC on a budget.

The Realme X7 Pro 5G is the spiritual successor to the Realme X2 Pro, and in many ways, can be considered a “flagship killer” this generation. It offers excellent gaming performance thanks to the MediaTek Dimensity 1000+ SoC, 5G support, stereo speakers, great battery life, quick charging, and a decent set of cameras for daytime shooting. It\'s also available in an optional swanky multicolour finish.

There are a few things that we wished were better – the design is not bad, but there isn\'t anything special to help this phone stand out. The cameras don\'t do too well in low light, and there\'s still going to be a wait before it gets Android 11. If you can look past these little shortcomings, you\'ll find that the Realme X7 Pro 5G offers very good value for the price.

The Samsung Galaxy A52 breaks away from the now-stale design of older A-series models, with something completely different. It looks youthful and, dare we say, fashionable. It also offers excellent features such as an IP67 rating, stereo speakers, and a 90Hz AMOLED display — a combination that\'s hard to come by in this segment. We found the overall performance to be solid too, even though it uses a lower-tier Snapdragon 720G SoC.

The Samsung Galaxy A52 ships with the latest One UI skin, based on Android 11. There\'s a bit of bloatware to deal with, which we are not big fans of. The cameras, while sold during the day, tended to fall a bit short in low light. Barring these issues, the Galaxy A52 is still a solid offering as you get a good set of features and the Samsung brand to back it.

The LG Wing is probably the last hurrah from this innovative company, and while its design is not for everyone, it\'s really hard to ignore this phone especially after it recently received a massive price cut. As an ambitious take on a dual-screen phone, the LG Wing has an outer display that can be swivelled open to reveal a second display underneath. In its “transformed” state, you can use one display for watching media while using another app on the second display, or use one screen as the viewfinder while the other shows the camera controls.

The LG Wing offers very good performance thanks to the Qualcomm Snapdragon 765G 5G SoC, clean and functional software, good cameras, and a MIL-STD-810G rating for durability. The downside of having two displays is that the Wing is a little heavy and bulky. Charging is also on the slower side. If you\'re looking for something out of the ordinary, then you should definitely check this out, especially while it\'s available at this price.

The Vivo V20 Pro continues to be a good choice under Rs. 30,000. With a similar slim and light design as the V20, the Vivo V20 Pro features a more powerful Qualcomm Snapdragon 765G SoC which also supports 5G. The AMOLED display is vivid and offers very good brightness and colours. It even supports HDR10 playback.

Battery life is quite impressive and there\'s 33W fast charging, so you can fill the 4,000mAh battery very quickly. The 44-megapixel selfie camera has eye autofocus and can even shoot 4K 60fps video. There\'s also an ultra-wide front camera for group selfies. The rear cameras don\'t disappoint either, except when shooting videos at night, which could be better.

Even though the 6GB variant of the OnePlus Nord is now discontinued, the 8GB variant still offers good value at Rs. 27,999. OnePlus offers all the staples of its premium models, such as the AMOLED display, Warp Charge fast charging, and a big battery in the Nord. However, it has made some cuts when it comes to the core specs and build quality.

The SoC used is the Qualcomm Snapdragon 765G, but it does support 5G which is a cool bonus. As an overall package, it\'s really hard to find fault with the OnePlus Nord. App and gaming performance is good, it captures good photos and videos in daylight, and the display supports HDR10+.

The Realme X3 SuperZoom is a bit old but it\'s still one of the only phones in this segment to offer a periscope-style telephoto camera, which makes it unique. The Qualcomm Snapdragon 855+ SoC is more than capable of handling anything thrown its way. It has a sharp display, a big battery, and a quick fingerprint sensor embedded in the power button.

The Realme X3 SuperZoom can do 5X optical zoom and a total of 60X digital zoom, which is impressive for a phone priced under Rs. 30,000. The rest of the cameras perform well in good light too. Realme has also added a lot of night shooting modes to play with, which is a great value-add for night photography lovers.

Is OnePlus 9R old wine in a new bottle — or something more? We discussed this on Orbital, the Gadgets 360 podcast. Later (starting at 23:00), we talk about the new OnePlus Watch. Orbital is available on Apple Podcasts, Google Podcasts, Spotify, and wherever you get your podcasts.

The resident bot. If you email me, a human will respond. More