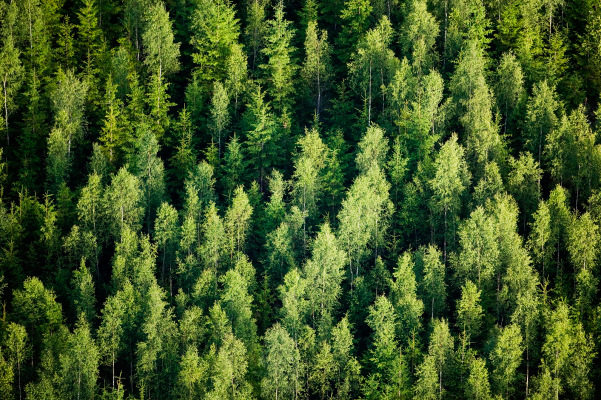 The ratings are based on proprietary data sets it’s developed in conjunction with scientists from research organisations including UCLA, the NASA Jet Propulsion Laboratory, and University College London.

It’s just grabbed $5.8M in seed funding led by VC firm Index Ventures. All its existing institutional investors also participated — namely: Seedcamp, Speedinvest and Revent. It also has backing from leading angels, including the existing and former CEOs of NYSE, Thomson Reuters, Citibank and IHS Markit. (It confirms it has committed not to receive any investment from traditional carbon-intensive companies when as ask.) And it’s just snagged a $2M research contract from Innovate UK.

The problem it’s targeting is that the carbon offsetting market suffers from a lack of transparency.

This fuels concerns that many offsetting projects aren’t living up to their claims of a net reduction in carbon emissions — and that ‘creative’ carbon accountancy is rather being used to generate a lot of hot air: In the form of positive sounding PR which sums to meaningless greenwashing and more pollution as polluters get to keep on pumping out climate changing emissions.

Nonetheless the carbon offset markets are poised for huge growth — of at least 15x by 2030 — as large corporates accelerate their net zero commitments. And Sylvera’s bet is that that will drive demand for reliable, independent data — to stand up the claimed impact.

How exactly is Sylvera benchmarking carbon offsets? Co-founder Sam Gill says its technology platform draws on multiple layers of satellite data to capture project performance data at scale and at a high frequency.

It applies machine learning to analyze and visualize the data, while also conducting what it bills as “deep analytical work to assess the underlying project quality”. Via that process it creates a standardised rating for a project, so that market participants are able to transact according to their preferences.

It makes its ratings and analysis data available to its customers via a web application and an API (for which it charges a subscription).

“We assess two critical areas of a project — its carbon performance, and its ‘quality’,” Gill tells TechCrunch. “We score a project against these criteria, and give them ratings — much like a Moody’s rating on a bond.”

Carbon performance is assessed by gathering “multi-layered data” from multiple sources to understand what is going on on the ground of these projects — such as via multiple satellite sources such as multispectral image, Radar, and Lidar data.

“We collate this data over time, ingest it into our proprietary machine learning algorithms, and analyse how the project has performed against its stated aims,” Gill explains.

Quality is assessed by considering the technical aspects of the project. This includes what Gill calls “additionality”; aka “does the project have a strong claim to delivering a better outcome than would have occurred but for the existence of the offset revenue?”.

There is a known problem with some carbon offsets claimed against forests where the landowner had no intention of logging, for example. So if there wasn’t going to be any deforestation the carbon credit is essentially bogus.

He also says it looks at factors like permanence (“how long will the project’s impacts last?”); co-benefits (“how well has the project incorporated the UN’s Sustainability Development Goals?); and risks (“how well is the project mitigating risks, in particular those from humans and those from natural causes?”).

Clearly it’s not an exact science — and Gill acknowledges risks, for example, are often interlinked.

“It is critical to assess these performance and quality in tandem,” he tells TechCrunch. “It’s not enough to simply say a project is achieving the carbon goals set out in its plan.

“If the additionality of a project is low (e.g. it was actually unlikely the project would have been deforested without the project) then the achievement of the carbon goals set out in the project does not generate the anticipated carbon goals, and the underlying offsets are therefore weaker than appreciated.”

Commenting on the seed funding in a statement, Carlos Gonzalez-Cadenas, partner at Index Ventures, said: “This is a phenomenally strong team with the vision to build the first carbon offset rating benchmark, providing comprehensive insights around the quality of offsets, enabling purchase decisions as well as post-purchase monitoring and reporting. Sylvera is  putting in place the building blocks that will be required to address climate change.”