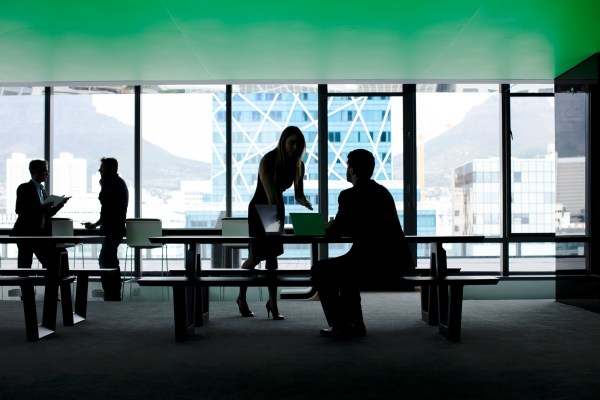 Dabbel says its AI considers factors such as building orientation and thermal insulation, and reviews calibration decisions every five minutes — meaning it can respond dynamically to changes in outdoor and indoor conditions.

The 2018-founded startup claims this approach of layering AI-powered predictive modelling atop legacy BMS to power next-gen building automation is able to generate substantial energy savings — touting reductions in energy consumption of up to 40%.

“Every five minutes Dabbel reviews its decisions based on all available data,” explains CEO and co-founder, Abel Samaniego. “With each iteration, Dabbel improves or adapts and changes its decisions based on the current circumstances inside and outside the building. It does this by using cognitive artificial intelligence to drive a Model-Based Predictive Control (MPC) System… which can dynamically adjust all HVAC setpoints based on current/future conditions.”

In essence, the self-learning system predicts ahead of time the tweaks that are needed to adapt for future conditions — saving energy vs a pre-set BMS that would keep firing the boilers for longer.

The added carrot for commercial building owners (or tenants) is that Dabbel squeezes these energy savings without the need to rip and replace legacy systems — nor, indeed, to install lots of IoT devices or sensor hardware to create a ‘smart’ interior environment; the AI integrates with (and automatically calibrates) the existing heating, ventilation, and air conditioning (HVAC) systems.

All that’s needed is Dabbel’s SaaS — and less than a week for the system to be implemented (it also says installation can be done remotely).

“There are no limitations in terms of Heating and Cooling systems,” confirms Samaniego, who has a background in industrial engineering and several years’ experience automating high tech plants in Germany. “We need a building with a Building Management System in place and ideally a BACnet communication protocol.”

Average reductions achieved so far across the circa 250,000m² of space where its AI is in charge of building management systems are a little more modest but a still impressive 27%. (He says the maximum savings seen at some “peak times” is 42%.)

The touted savings aren’t limited to a single location or type of building/client, according to Dabbel, which says they’ve been “validated across different use cases and geographies spanning Europe, the U.S., China, and Australia”.

Dabbel envisages its tech being useful to other types of education institutions and even other use-cases. (It’s also toying with adding a predictive maintenance functionality to expand its software’s utility by offering the ability to alert building owners to potential malfunctions ahead of time.)

And as policymakers around the global turn their attention to how to achieve the very major reductions in carbon emissions that are needed to meet ambitious climate goals the energy efficiency of buildings certainly can’t be overlooked.

“The time for passive responses to addressing the critical issue of carbon emission reduction is over,” said Samaniego in a statement. “That is why we decided to take matters into our own hands and develop a solution that actively replaces a flawed human-based decision-making process with an autonomous one that acts with surgical precision and thanks to artificial intelligence, will only improve with each iteration.”

If the idea of hooking your building’s heating/cooling up to a cloud-based AI sounds a tad risky for Internet security reasons, Dabbel points out it’s connecting to the BMS network — not the (separate) IT network of the company/building.

It also notes that it uses one-way communication via a VPN tunnel — “creating an end-to-end encrypted connection under high market standards”, as Samaniego puts it.

The startup has just closed a 3.6 million (~$4.4M) pre-Series A funding round led by Target Global, alongside main incubator (Commerzbank’s early-stage investment arm), SeedX, plus some strategic angel investors.

Commenting in a statement, Dr. Ricardo Schaefer, partner at Target Global, added: “We are enthusiastic to work with the team at Dabbel as they offer their clients a tangible and frictionless way to significantly reduce their carbon footprint, helping to close the gap between passive measurement and active remediation.”