Apple is redesigning the iPhone's Lock screen in iOS 16 in a big way. Apple unveiled the plans for an upgraded Lock Screen at its Worldwide Developer Conference last week, offering a built-in editor with widgets, a wallpaper gallery, and colorful themes. A new feature is also being introduced, called Live Activities, that will allow developers to build widgets for Lock Screens that provide live updates. In the past, widgets were available in "Today View" to the left of the Lock Screen. In a customizable view, iPhone users can easily access news, weather, calendar appointments, stocks, and more by swiping to the right. Moreover, widgets can now be accessed directly from the Lock Screen.

With the new Lock screen, users will be able to customize this key piece of iOS real estate through an editing mode that, when tapped, allows you to swipe through different themes and styles. The colors, filters, backgrounds, and fonts of these styles can be automatically changed, and they are coordinated. This feature enables users to experiment with different typefaces and colors. As well as a new multilayer effect for photos used on the Lock Screen, Apple has announced that the subject of the photos will appear in front of the time on the Lock Screen, creating an illusion of depth. Furthermore, users can customize the appearance of the date and time themselves by selecting different colors and styles. 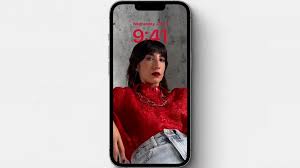 Moreover, the Lock Screen of the phone can be customized by adding new widgets from a widget gallery. By using these features, users are able to see important information at a glance such as upcoming events on the calendar, weather, news, battery status, alarms, etc. With a feature known as Photo Shuffle, you can choose from a selection of photos to be shuffled throughout the day. Besides suggesting photos based on users' libraries, Apple offers intelligently curated photo suggestions. As part of the Lock Screen gallery, users can also browse through a selection of Apple collections, where they can select from pre-configured themes, such as the Pride and Unity theme.
There is also an option to preview the current weather conditions with a live Weather wallpaper that shows things such as lightning and rain drops. A wallpaper featuring an Astronomy theme offers views of the Earth, moon, and solar system. Apple announced that users can also design Lock Screens with emojis or color combinations of their choice. A user can also configure multiple Lock Screens, which can be saved and accessed at a later time. 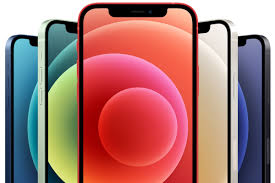 WidgetKit allows developers to build customizable, glanceable information for the Lock Screen, allowing them to customize the user experience in iOS 16. Aside from the changes, Apple is also introducing something called Live Activities, which will allow you to keep track of events in real-time, right from the Lock Screen. This will be accessible to developers via the Live Activities API, which is used to create these glanceable experiences. Apple provided examples of ways these Live Activities could be used, such as to keep track of sports game scores or to monitor an Uber ride, a workout, and more. An example would be to allow users to access playback controls that would expand to a full-screen view, making the widget a more interactive experience. According to Apple, these would exist alongside the other elements of the Lock Screen. 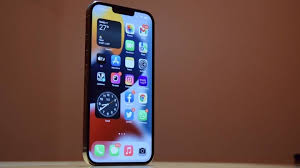 Apple will also update its Focus Mode to allow users to customize it through their Lock Screen. The Lock Screen can be customized for a particular Focus Mode. During the course of the workday, you might have widgets devoted to your company's stocks or your schedule, while during your free time, you might add different widgets and family photos to your screen. You can also change the wallpaper by changing the Focus Mode. Lastly, notifications will now appear from the bottom of the Lock Screen, instead of cluttering them, so that the main widgets and features remain easily visible. New Lock Screen features will be released as part of the iOS 16 operating system, which is scheduled to be released in the fall.