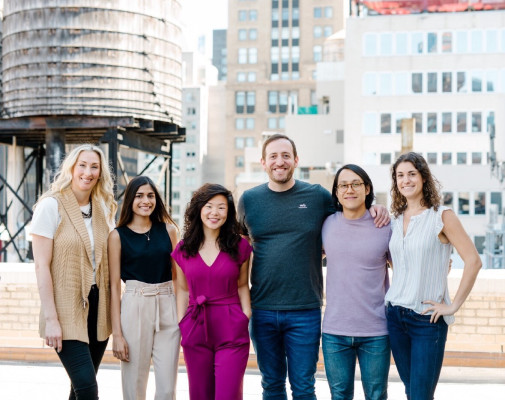 In spite of the pandemic, New York City remains the center of commerce and business, and over the last decade a robust startup community has developed there. Work-Bench, the NYC VC firm that concentrates on early stage enterprise seed investments, announced its $100 million Fund 3 this morning.

The company started back in 2013 when most investment was still concentrated in Silicon Valley, but founders Jonathan Lehr and Jessica Linn believed there was room for a new firm in NYC that concentrated on writing first checks for enterprise startups. The founding team knew IT and believed that with the concentration of Fortune 500 companies in the city, they could build something that took advantage of that proximity.

The bet has paid off in a big way with investments in successful startups like Cockroach Labs, Catalyst, Dialpad and FireHydrant (all companies TechCrunch has covered). Big exits have included UIPath, which went public last year after raising $2 billion, and today has a market cap of $34 billion and CoreOs, which Red Hat acquired for a more modest $250 million in 2018.

Writing in a blog post announcing the new fund, Lehr and Linn said their initial idea has grown far beyond anything they could have hoped for in those early days. “By utilizing our deep corporate network of Fortune 500 customers here in NYC, we can get conviction in companies early on, and before they have the metrics other VC firms require. It’s also through this network of customers that we can land critical early customer logos and through our extensive community events and playbooks that we can enable pivotal knowledge sharing,” the two founders wrote.

Lehr says, even with the pandemic, which could allowed to expand its reach, the company is mostly sticking to its NYC focus with the majority of investments based there. “This may sound ironic, but while businesses went virtual, the pandemic reinforced our focus on New York City. Our city was hit first and hardest by COVID, but despite it all, VC funding activity for local enterprise startups actually increased substantially during the pandemic. Along with that, with so many Fortune 500s in NYC all going through accelerated digital transformation during the pandemic, there was a ton of work to be done and numerous customer opportunities right here in our own backyard,” Lehr said.

He says that the $47 million Fund 2 portfolio was deployed to 70% NYC-based startups, and he predicts that Fund 3 will have a similar composition, if not slightly more concentrated in New York.

The company didn’t just decide to write first checks though, it tried to build the community by offering workspace in their offices where early stage companies could feed off one another (at least until the pandemic came along). The founders have also offered events where various speakers came to their offices, hosting hundreds of events since inception, while going virtual when the pandemic closed down in-person gatherings.

Lehr says as the company deploys Fund 3 money, it is looking for ways to invest in a more diverse group of founders. “Right now, 20% of our portfolio is made up of women founders. While we are proud of that number within an enterprise context, we believe there is so much room for improvement. As we’ve learned, deal flow doesn’t become diverse on its own – you need to make it diverse, which is why we place a huge emphasis on identifying and amplifying the voices of women and diverse founders within our own Investment Committee meetings and across the rest of the VC and enterprise tech community.”

The company will continue to look at enterprise startups, particularly in New York City, as it looks distribute these new funds.